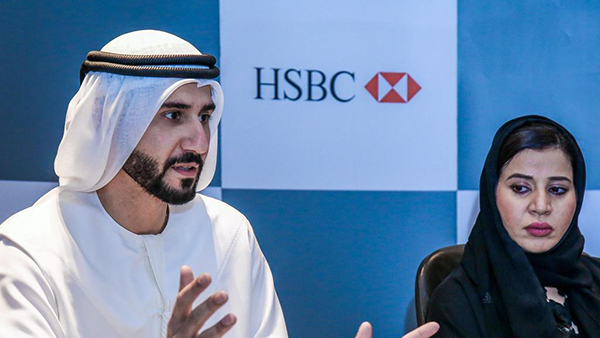 The UAE is embracing technology at a faster pace than the West as the government promotes an ecosystem supportive of innovation, according to a study by HSBC.

"HSBC's Trust in Technology report indicates that 84 per cent of people in the UAE expect technology to make life easier," said Marwan Mohd Hadi, head of retail banking and wealth management in the UAE.

The study, which polled 12,000 people in 11 countries, found that 77 per cent of UAE residents prefer to do most things with new technology when they can, the third highest after India and China compared to 49 per cent in Canada and 51 per cent in Germany. The UAE had the highest adoption of fingerprint technology at 25 per cent, after China which had a traction rate of 40 per cent and India at 31 per cent. Germany, Europe's largest economy and France which is actively trying to court startups and technology firms in the wake of Brexit came in at 9 per cent while Canada reported 14 per cent.

"The UAE continues to create a fertile environment for innovation, both on the consumer and regulatory side," Mr Hadi said. "Through its electronic and mobile government services, the UAE has brought innovative technologies to the mainstream early on, which has helped drive understanding and consumption among the public."

HSBC said that had partnered with the Dubai International Financial Centre's fintech hive to identify technology innovators that can help banks become more digital and seamless in their operations. Like most banks, HSBC has also been investing in going more digital to meet client demands as well as helping to save money by automating processes and reducing their need for human resources.

"While digital technology has created room for more competition outside the traditional banking industry, it has also provided a massive opportunity for banks and fintechs to collaborate more, to bring cutting-edge financial service solutions," said Kunal Malani, regional head of customer value management for the Middle East, North Africa and Turkey at HSBC.