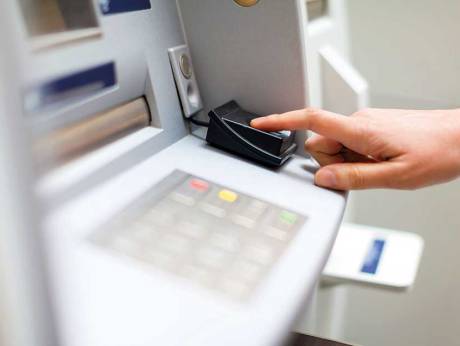 With most smartphones having fingerprint readers and with Apple and Samsung entering the facial and iris recognition features on its flagship devices, it caught other vendors and suppliers by surprise, causing them to revisit their strategies for future sensor shipments in smartphones and tablet devices.

“We are currently traversing the period when enterprises along with promising up-and-coming sectors like smart home and automotive are evaluating how biometrics can adapt into the constantly evolving security framework — this is not an easy task,” he said.

Fingerprint embedded payment cards will enjoy an impressive growth over the next years reaching 160 million shipments by 2022 with a five-year compound annual growth rate standing at approximately 400 per cent.

ABI Research forecasts that fingerprint sensors in smartphones will surge to a 95 per cent penetration rate of smartphone shipments by 2022.

While the Middle East, Africa and North America will be among the first regions geographically in which higher shipments are expected during 2018, forecasts indicate that Europe and Asia Pacific will have a larger penetration rate over the coming years.

Some of the banks in the UAE have turned to voice biometrics to authenticate its customers’ identity.

Mastercard is at the helm, leading this biometric wave in payment cards. Other key vendors include FPC, Gemalto, IDEMIA, Next Biometrics and Zwipe.

The banking industry is aiming for more biometric applications and has been greatly driven by the positive response and increased adoption of fingerprint technologies in the consumer segment. Fingerprint recognition sensors in consumer devices are expected to increase with a modest but steady growth, reaching 1.7 billion organic shipments by 2022.

“The mission of ‘de-siloing’ data and tackling the issue of a digital IoT transformation is already a challenge and the advent of biometrics in more IoT verticals will only exacerbate the problem,” Pavlakis said.
Moving forward, he said the data depict a higher rate of biometric security, user, and device ID applications in the enterprise and banking industries as well as an increased adoption of EMR (Electronic Medical Records) in the health-care segment.

According to analysis firm Markets and Markets, facial recognition represents a fast-growing segment of the burgeoning AI business and it is expected to grow from $3.35 billion (Dh12 billion) in 2016 to $6.84 billion in 2021.

With each passing market quarter, he said that OEMs (original equipment manufacturers) in the Asia-Pacific region are aggressively driving new implementations. This will fuel an exponential growth in mobile banking and payment apps as banks and financial organisations prove to be less timid when embracing new biometric implementations.